God has given the church a mission statement:

Matt 25:34-40 “Then the King will say to those on his right, ‘Come, you who are blessed by my Father; take your inheritance, the kingdom prepared for you since the creation of the world.  For

And the King will reply: ‘Truly I tell you, whatever you did for one of the least of these brothers and sisters of mine, you did for me.’”

A CHRISTIAN MISSION GIVEN BIRTH IN THE ARK

What good is it, my brothers and sisters, if someone claims to have faith, but has no deeds? Can such faith save them? (James 2:14)

In 2002, Joyce Gyimah Amponsah, who gave her life to the Lord in The Ark Christian Fellowship in 2001, decided to put her faith into action by giving out food to the homeless on the streets of Fuengirola. It was the start of a ministry that had grown out of the Ark’s mission to care for the homeless. Her vision was to create a centre for social integration in the town, to not only meet many of the needs of the dispossessed but to help a number of other groups such as children, single mothers, abused women and the elderly, a place where she could minister to people and save souls. With that in mind she created the Adintre Association, a non-profit registered charity 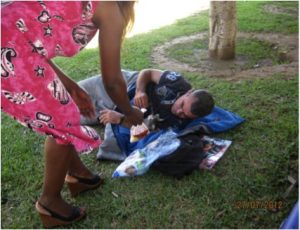 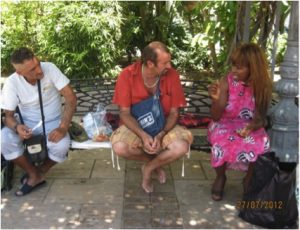 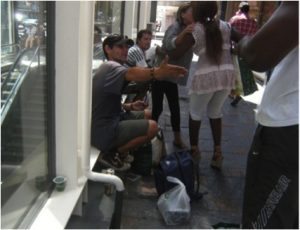 Caring for the homeless

In 2012, she was given premises by The Ark where she could cook, provide grooming and showers and a change of clothing for the homeless and attend to the needs of other people in desperate situations. She thought Adintre had found its home for the future. However, following complaints from the neighbouring shops about the people she was attracting into the area she was forced to move out. Undeterred, she contin

ued her ministry from home while praying for a solution until in 2015 she encountered the premises she currently rents and which she has reformed at a cost of nearly 100,000€ as a result of generous donations by individuals, the Lions Club of La Cala de Mijas and the money raised by Adintre from their Saturday market stall and other sales of secondhand items. God also provided her with an architect and other professionals who donated Adintre their time

She has earned widespread respect and, through her example, broke 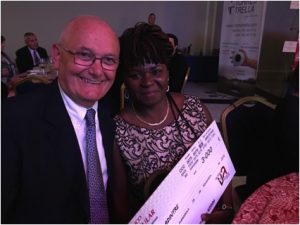 n down some of the barriers that can exist between Africans and Europeans. She is actively showing how immigrants – she arrived in Spain in 1984 – can make a difference to lives in Europe. In 2016 she was given two awards including the prestigious VA Foundation annual award for solidarity. In 2017, as part of the celebration of International Women’s Day she was given a further award by the local authority in recognition of her social work. The Association receives no public funding & depends entirely on donations & funds raised by a weekly market stall & special events. However, it is supported by highly prestigious schools (including the Ark Christian School) and hotels in the area which all appreciate the value of the Adintre mission 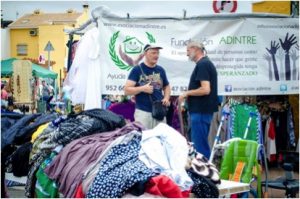 Since the Adintre day centre opened in March 2017 Adintre has ministered to the homeless and provided breakfast and a quality, hot, three-course meal, three times a week. Showers are available & Joyce employs a social worker to help get her clients off the street. Once a week the premises becomes a distribution centre for food to be taken home by the poor and needy who have a roof but little more. Joyce continues to need your prayers to send her volunteers and for sponsorship. If you can help, you can call her on 632 824782 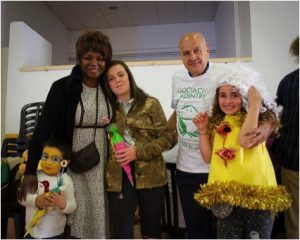 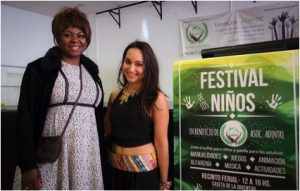 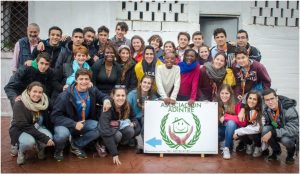 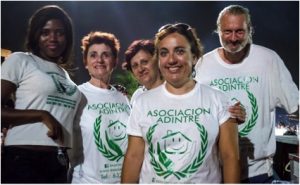 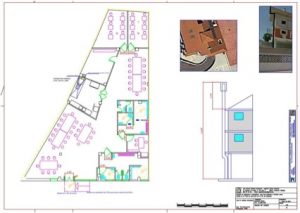 Newly opened in 2021 is the Adintre charity shop. It’s open 09:00-16:00 Monday to Saturday in the Calle Féria de Jerez (next to the Juanito sports centre)

Senegal Projects started in 2013 with practical works, helping a few local families in the area of Palmarin (Petite Côte) Senegal 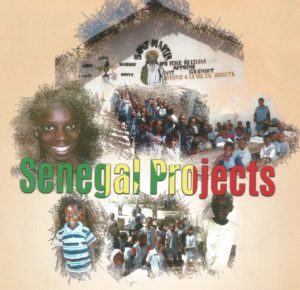 Over the years it has developed into an organisation providing 24 children with patrons for their school expenses. The wholesome school with Godly principles and reverence for the King of Kings, Jesus… The one chosen is St Martin’s of Palmarin Facao, reputed to be the best of the province. The great majority of children, whether Catholic or Muslim, yearn to go to this school

Many of our patrons continue to support their darlings through this primary school and the local secondary one. A few continue to help until their careers are in view

Our aim is for our children to be wise leaders to their generation, full of the Spirit of God. And so we pray for and encourage them

The annual cost is 100€ for local children

Though patronage is paramount, other donations are used for food for the familes and/or medical expenses

If you would like to get involved and support these children, please bear in mind that patronage is generally a continuing commitment, and contact

This website uses cookies to improve your experience while you navigate through the website. Out of these, the cookies that are categorized as necessary are stored on your browser as they are essential for the working of basic functionalities of the website. We also use third-party cookies that help us analyze and understand how you use this website. These cookies will be stored in your browser only with your consent. You also have the option to opt-out of these cookies. But opting out of some of these cookies may affect your browsing experience.
Necessary Always Enabled
Necessary cookies are absolutely essential for the website to function properly. This category only includes cookies that ensures basic functionalities and security features of the website. These cookies do not store any personal information.
Non-necessary
Any cookies that may not be particularly necessary for the website to function and is used specifically to collect user personal data via analytics, ads, other embedded contents are termed as non-necessary cookies. It is mandatory to procure user consent prior to running these cookies on your website.
SAVE & ACCEPT